Home » Which Are The Most Expensive Countries For Expatriates?
Share:

Which Are The Most Expensive Countries For Expatriates? 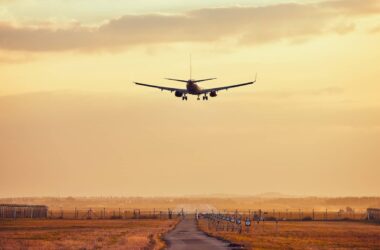 Looking at which are the most expensive countries for expatriates, the ECA International annual MyExpatriate Market Pay report surveys the cost of benefits, salaries and tax treatments in countries around the world in order to assist companies with benchmarking their expatriate packages when relocating staff. Benefits include the allowance to cover essential costs such as accommodation, international school fees, utilities or cars.

ECA International (ECA), who provide knowledge, information and software for the management and assignment of employees around the world, have published the latest annual MyExpatriate Market Pay survey.  The list of countries used in the rankings is based on countries which have cities appearing in the top 40 of The Global Financial Centres Index (GFCI).

The highlights of this year’s survey are as follows:

UK is the most expensive country for expatriates

The UK has overtaken Japan as the most expensive location to send expatriates, with the average expat pay package rising by £44,688 to GBP 311 240 according to latest data from global mobility experts, ECA.

The average package for a mid-level expat worker in the UK is now £311,240, up 17% from last year. Cash salaries make up less than 1% of the increase (£160), as the cost of staff benefits in the UK has caused the majority of the hike.

“The value of an average pay package for an expat in the UK saw a huge increase in 2018,” said Oliver Browne, Remuneration Manager at ECA International. “The rise of GBP 44,688 was primarily down to a major jump in the cost of benefits that companies provided their overseas workers with, such as rental costs and international school fees. As the cost of expat-standard housing and rental prices increased throughout the UK, the value of benefits provided by a company to cover these costs therefore rose significantly by GBP 23,881 on average.”

Swiss salaries are the highest in Europe

After the UK, Switzerland is the second most expensive country in Europe for expat pay packages costing companies an average of £178,260. However, a large part of this is made up of the highest average cash salary in Europe; £66,940 versus £55,948 in the UK.

Browne said: “Swiss salaries are consistently towards the higher end of the scale but so are everyday costs in most Swiss cities. Despite the higher prices, high salaries in the country mean locals are still well-off compared to their European counterparts. Furthermore, because of low taxes and a smaller value of benefits needing to be provided by a company, it is still comparatively cheaper to send expat workers to Switzerland compared to the UK.”

Republic of Ireland enters the top 20 most expensive countries

Elsewhere, the Republic of Ireland saw a jump in the rankings and entered the top 20 most expensive locations to send expatriate workers.

“Similar to the trend we saw in the UK, benefits costs have increased notably due to the rise in accommodation and rental fees. Expats in Ireland are more expensive for companies despite average net salaries for expatriates actually dropping by 2% (€965) since last year. This was more than offset by an average rise of 14% (€8,820) in the cost of benefit provisions that companies had to provide their overseas staff,” Browne explained.

ECA’s recent rental accommodation report revealed that rent in Dublin entered the top five most expensive in Europe for the first time, averaging €3 406 per month for a mid-range, three-bedroom apartment.

Best salaries in the Middle East

Middle Eastern nations Saudi Arabia and UAE continue to offer the best salaries for expats, with the nations now offering an average of £71,125 and £69,280 to mid-level expats respectively.

Browne explained: “The Middle East has always offered extremely high salaries to overseas workers, and 2018 was no different. However, the benefits offered in these nations are not among the most costly for an employer, and the average value of benefits offered actually dropped in both locations last year, while the lack of any personal tax means that the overall package works out to be a lot lower when benefits and tax are both taken into account.”

Tax reforms cause expat pay costs to drop in US

The average pay package in the United States has dropped by US$4,445 to an overall total of US$ 250,028 (£184,493), but this is due to a major decrease in personal tax requirements as salaries and benefits both increased.

“Major tax reforms, effective from 1 January 2018, meant that personal tax rates dropped significantly for many people working in the United States, especially for those on a higher income as many expats are,” said Browne. “The personal tax rate has dropped by 14% on average, while the average expat net salary increased only slightly, by less than £1,000, meaning many companies will have found it a lot cheaper to relocate staff to the US last year.”

The pay and benefits package of an expat living and working in China saw a significant rebound last year, after falling in 2017. The average package is now valued at CNY 1,971 894 (£228,896), an increase of 3% in the local currency, pushing China up to third in the rankings after dropping in 2017.

Browne said “Expats in China have seen a rebound after a bad year in 2017 that saw the value of the average package drop in all areas. The Chinese yuan experienced a better year in 2018 and due to a stronger economy and currency, the pay package for overseas workers in Chinese locations has now improved accordingly.”

Hong Kong expatriate pay packages continued to grow in 2018, with the average package costing companies US$ 276,417, including an average cash salary of US$ 86,984.

The overall expat pay package in Hong Kong has risen by a total of US$ 7,902 since last year, with increases to salaries and benefits making up the vast majority of the increase.

“After a slight drop in the average expat salary in 2017, the overall pay package for overseas workers in Hong Kong increased significantly in 2018” said Lee Quane, Regional Director – Asia at ECA International. “Salaries rose slightly by an average of just over USD 1 500 whilst benefits, including extras on top of the basic salary such as school fees and transportation costs, increased by over USD 6 000. The benefits offered as part of an expat’s pay package have always been high in Hong Kong as the small nation continues to be attractive to companies and expats alike. This high demand results in expat-level accommodation, international schooling and other costs being significantly more expensive than most other locations.”

Elsewhere in Asia, salaries increased for expats in Singapore by an average of US$4,874. The overall pay package rose by over US$13,000 to a total of US$236,258, but Singapore sits in just 19th place in the 40-country list due to the low personal tax rates, making it a less expensive location for expatriates overall.

Quane said “Expat pay packages in Singapore increased across the board in 2018, with salaries increasing by nearly US$5,000 and benefits going up US$6,400 on average. However, personal tax only increased minimally, and tax-related costs still remain extremely low compared to most other locations included in our rankings, meaning that overall Singapore sits in 19th place. This is good news for companies with workers currently living in Singapore though, with cash salary and benefits remaining relatively high, and taxes staying low – resulting in less expense for employers when relocating staff to the country.”

Japan is no longer the most expensive location in the world to send expats, after being overtaken in the rankings by the United Kingdom.

“Despite an increase of over US$30,000 to the average expat pay package from 2017, Japan has dropped back into second place in our rankings after overtaking the UK in 2017. Sending a mid-level overseas worker to Japan would now cost US$386,451, still USD 35 347 behind the total cost of sending an expat to the UK. However, the pay package for an expat in Japan still increased by about 8.5% from last year and would most likely still be at the top of the rankings if not for the major rise in accommodation costs in the UK last year” explained Quane.

The pay and benefits package of an expat living and working in China saw a significant rebound last year, after falling in 2017. The average package is now valued at US$310,204, an increase of over US$33,000 and pushes China up one place in the rankings to third.

Quane said “Expats in China have seen a big jump after a bad year in 2017 that saw the value of the average package drop in all areas. The Chinese yuan experienced a better year in 2018 though and due to a stronger economy and currency, the pay package for overseas workers in Chinese locations has improved considerably.” 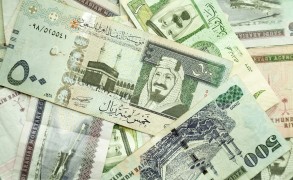 The Saudi authorities are considering a tax on remittances by expats. By tightening the rules on employees sending money abroad the Saudi...
Read More...

Is Hamburg In Germany The Affordable Alternative To London? 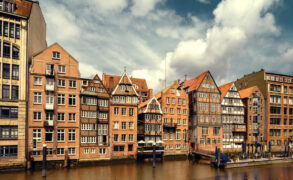 With Brexit looming and the cost-of-living skyrocketing in the British capital, a study shows Hamburg, ‘the most British city outside Britain’, to...
Read More...

How To Make ‘Working From Home’ Work For You 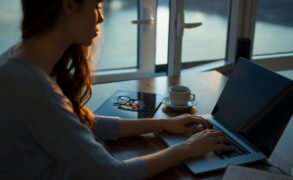 Nothing beats having the freedom to create and be in control of your schedule. That is what working from home can do,...
Read More...

The Adventurous Life Of An Expat 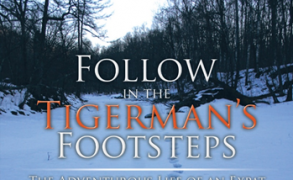