A land of geographic differences and cultural diversity, Canada has a high standard of living with a friendly and sociable population. Within its vast borders, spanning six time zones, there is a beautiful and varied landscape that includes major mountain ranges, rivers, lakes, and farmland.

Canadians often have been described as tolerant, community oriented, and polite. These personality traits seem to permeate the population’s attitudes, regardless of origins.

Within the relatively young cultural make-up of Canada exist several cultures based in European tradition. Canadians walk a narrow path between the conflicting demands of different language and attitudes, particularly between the French people of Quebec and the majority of the rest of the nation. Traditions are flavoured by the heritage of each ethnic group’s background, from the French in Quebec to the newly arrived Asians in the Vancouver and Toronto areas.

One of the most deeply rooted Canadian cultures belongs to the Inuit – the native people of northern Canada. The Inuit’s distinctive art forms include stone sculptures and carvings, basketry, and print making.

For entry into Canada, passports are required of all foreign travellers.

Entering Canada from the United States

There are more than a dozen points where US highways enter Canada. US citizens driving across any of these points may be asked to declare their citizenship, place of residence, and length of stay. Vehicle insurance is compulsory. Anyone driving across the border is advised to obtain a Non-Resident Inter-Province Motor Vehicle Liability Card from his or her insurance company before leaving for Canada. If you are towing a trailer, you may also need proof of ownership, or rental papers, for the vehicle you are driving.

As part of the Western Hemisphere Travel Initiative (WHTI), US citizens crossing the Canadian border via land passage now need to carry a passport. Since 2009 these travellers have also had to present a passport when arriving by air or sea.

Visas are required for citizens of a number of countries. For the most current list of countries whose citizens require visas to visit Canada, consult the Citizenship and Immigration Canada website:

For the main CIC page on immigrating to Canada, click here, or contact your nearest Canadian Embassy or Consulate for specific details:

Visitors intending to stay for six months or more must register and declare their intention to the examining officer when entering Canada. Those who expect their term of employment to last for 36 months or more should contact the immigration authorities for guidelines.

Most foreigners who intend to work while in Canada must have an employment authorisation prior to arrival. However, residents of the US, Greenland, or St. Pierre and Miquelon who hold all of the appropriate documents may apply directly at any Canadian port of entry. Note that the employment authorisation is not for those who wish to seek work once they are in Canada. Rather, it is issued to an individual only for a specific job, for a specific amount of time, and for the employer stated on the application form.

To apply for employment authorisation in advance of your arrival in Canada, contact the Immigration Section of the nearest Canadian Consulate General. Application requirements vary depending on your profession.

Typically, your employer must provide details of the job you will perform in Canada. If your employment offer is approved, a confirmation of such will be sent to the Canadian Embassy or Consulate in your home country. Your employer will receive a copy of the confirmation, which will then be forwarded to you.

The Canadian visa office will contact you, when they receive confirmation of your offer of employment. At this time you may be interviewed, you may be asked to send some information by mail, or you may be required to have a medical check-up. You will then submit an application for employment authorisation, for which there is a processing fee.

Note that in July of 2013 several changes were made to the Labor Market Opinions (LMO), the process by which employers gain authorisation to employ foreign workers. Additional requirements, a new fee, and increased job posting time aim to make sure qualified Canadian workers are given every consideration before a foreign worker is hired.

If you are found to be qualified, and have all the required documents, you will be issued an employment authorisation, which is valid for a specific job, lasting a specific amount of time, for a specific employer. At this time, you may have a visitor visa placed in your passport.

There may be additional procedures for those foreigners who are applying to work in Quebec. Click here for more information:

For details on applying for a work permit from outside Canada, click here:

Entering Canada as a business immigrant

Although the country’s immigration can be strict and complex, Canada takes steps to ease the entry of those businesspeople whose skills and expertise will contribute to the nation’s economy and create job opportunities.

There are three categories under which a businessperson may apply for immigration to Canada – entrepreneur, investor, and self-employed. In addition to specific criteria for each category, a foreigner applying for entry as a business immigrant also must meet the health and security standards that apply to all immigrants.

When first arriving in Canada, an immigration officer should be shown your confirmation of order of employment, your employment authorisation, and your other papers. You will receive forms which, when completed and accompanied by identification such as a birth certificate, will help you obtain a Social Insurance Number. This is a nine-digit number used when applying for a job, opening a bank account, making an insurance claim, joining a medical plan or pension fund, or paying income taxes.

When you receive your SIN card, you must give this number to your employer. Note that the card itself is being phased out, and as of 2014 people will receive only a letter from Service Canada noting their Social Insurance Number.

Should I Take The Job? Considerations Before Accepting A Job 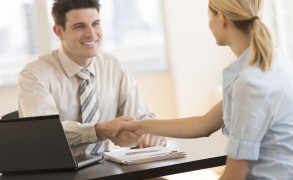 When you are applying for a job abroad there can often be a prolonged selection process. When you have finally made it...
Read More... 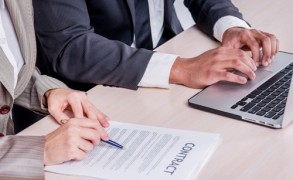 There are a few key points to consider when signing a contract. For those who have recently become expatriates or for...
Read More... 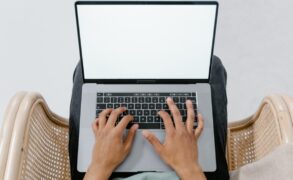 Digital nomads seek new locations to experience, explore, work from and add to their impressive list of “places I’ve been to...
Read More...

A new independent estimate of world oil reserves has been released by Rystad Energy, showing that the US now holds more recoverable...
Read More...