Living and Working in Saudi Arabia 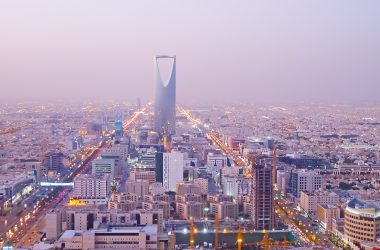 For those of you looking forward to taking on new contracts in the Middle East, here is a brief introduction to what you can expect if you are going to work in Saudi Arabia.

Arabia is the birthplace and centre of Islam. Islam is the official religion of Saudi Arabia, the only one permitted to its citizens and the only one that may be celebrated in public. While foreigners are granted freedom of religion, no religious practices other than Islam are allowed, and proselytizing is illegal.

Non-Muslims should familiarise themselves with Muslim philosophies and tenets, as these relate fundamentally to the daily life of the people. Religious police, called mutawwa’in, actively enforce these standards.

The majority of Saudis are Sunnis of the Wahhabi sect, a fundamentalist version of Islam founded by an 18th-century religious leader, Abdul Wahhab al-Shaikh. It regards God alone as divine, not the Prophet Mohammed or his descendants.

The strict Wahhabi interpretation of the faith plays a very powerful social role in upholding traditional ways. Although Sunni Muslims are dominant, there is a large Shiite population in the oil-producing Eastern Province.

Islam’s two most sacred cities, Mecca and Medina, are located in Saudi Arabia. Millions of Muslims make the pilgrimage to Mecca every year. These sacred sites are reserved for Muslims, and non-Muslims are not permitted to enter them.

All businesses and commercial establishments are required to close during prayer calls. The religious police, mutawwa’in, patrol to make sure that everyone abides by the law.

Non-Muslims usually are not allowed to enter mosques.

Sawm is the fast of Ramadan, the holy month. During the period of Ramadan, Muslims must fast every day between sunrise and sunset, but they feast enthusiastically at the close of the day.

Ramadan is the celebration of the month in which the Koran was revealed, and is concluded with the feast of Id-al-Fitr. This is a religious holiday period which should be avoided by business travellers, as most business activities slow or stop until after Id-al-Fitr. The date of this month is established by the cycle of the moon, moving forward ten days each year.

A passport and visa are required for entry into Saudi Arabia. Passports must be valid for at least six months beyond the estimated stay in the country. Saudi Arabia will bar entry to Israeli nationals. The restriction is officially termed political rather than religious. Nevertheless, anyone whose passport indicates travel in Israel or whose religious affiliation is Jewish has been refused entry.

Requirements as to behaviour and appearance are strictly enforced. The following traits or behaviour are reasons for refusal of entry or deportation:

Any unaccompanied females or wives traveling to join their husbands must be met at the airport by the husband or by a sponsor and have confirmed onward reservations up to their final destination in Saudi Arabia.

In the case of a married couple, both spouses should carry a copy of their marriage license whenever in public, in case the mutawwa’in, or religious police, request proof of their relationship.

Passports, visas, and permits must remain valid throughout stays in Saudi Arabia. Do not surrender your passport to your Saudi employer except for the most specific and valid reasons. Your passport is the only evidence of legal right to be in the country. In emergencies, your embassy will issue a replacement passport, but those cannot be used to depart, since they will not bear a Saudi exit permit.

Carry identification, such as your passport, at all times when traveling in Saudi Arabia. You are likely to be asked to produce it and failure to do so could result in a fine or detention.

All visitors to Saudi Arabia must have a visa, except for nationals of The Co-operation Council for the Arab States of the Gulf. This includes Bahrain, Kuwait, the Sultanate of Oman and the United Arab Emirates.

In order to obtain a visa, you must have a sponsor in the country. Your sponsor will be responsible for much of the required paperwork, but you will have to provide a great deal of documentation, often including marriage and birth certificates, and copies of your employment contract and academic or professional qualifications. Applicants for certain visas also require a comprehensive medical examination.

It takes about six weeks to obtain a visa number, which entitles you to collect your visa at the Saudi Embassy.

This type of visa is generally valid for 30 days with the possibility of extending it to three months. Requirements for application include:

The Saudi Embassy will provide complete instructions for making a business visit visa application. Family visit visas are required for a spouse and children.

If you anticipate travel in and out of the country, you should request a multiple exit/re-entry permit at the time of application for the business visit visa.

The employer begins the process and will obtain a visa authorization code. Applicants should be prepared to produce the following at their local Saudi Embassy:

Although many working in the Kingdom of Saudi Arabia choose to not bring their spouses or children for security reasons, those who wish to invite members of their family to visit or reside there must submit a request through their sponsor to the Ministry of Foreign Affairs in Saudi Arabia.

If this request is approved, each family member must provide complete documentation as specified by the Saudi Embassy.

Linkedin Profile Picture May Land You A Job 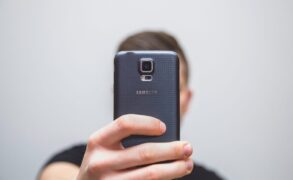 According to scientists, a person starts to form impressions after seeing someone’s face for less than one-tenth of a second. So...
Read More... 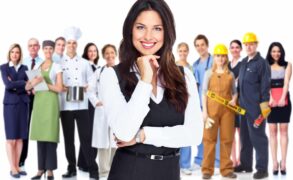 Are you getting ready to move overseas but worried about finding work in the new location? If that’s the case, you...
Read More... 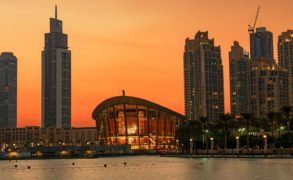 New rules in the UAE allows foreign nationals to sponsor their families to join them in the country.  The new rule makes...
Read More... 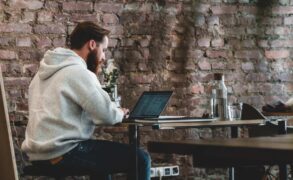 Expatriates are people willing to leave behind everything and everyone they know to move to another country where they may need...
Read More...