Living and Working in India 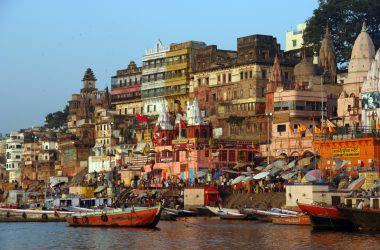 Here is a brief introduction to what you can expect if you are considering taking up a contract or permanent post in India.

India has a broad ethnic and linguistic diversity. The Indians are divided mainly into the dark-skinned Dravidian with approximately 25 percent of the population and the lighter-skinned Indo-Aryan races with approximately 72 percent of the population; there is a small number of Mongoloid and Australoid peoples. In terms of religion, the overwhelming majority of the people are Hindu, although there are sizable Muslim, Christian, Sikh, Buddhist, and Jain minorities.

India’s culture is intricately related to its religion and philosophy of spiritualism and belief in reincarnation, which incorporates its fatalistic outlook.

Sanskrit literature began with the four sacred Vedas, meaning knowledge, entitled Rg, Yajur, Sama, and Atharva; these are collections of hymns and ritual texts. This tradition is continued in the epics Mahabharata and Ramayana. Both epics deal with the conflict within one’s self between dharma, law of one’s inner being or moral code, and adharma, acting against one’s nature.

India’s Constitution proclaims it to be a secular state. In reality, religion plays an important role in the social structure of the country and in the social relationships of its peoples.

Despite almost 50 years of democracy, the caste system, although constitutionally abolished, still shapes a rigid social structure. Caste determines occupations, political loyalties, spouses, and provides the rituals that govern much of behaviour. Although it is a Hindu concept related to reincarnation and the journey toward spiritual purity, caste is so integral to Indian life that its impact is also reflected in Muslim and Christian communities.

Although Mahatma Gandhi once hoped that caste could be a benign building block of order and social leadership, it has entrenched social hatreds, restricted access to education, and hindered the country’s efforts toward modernization. Recently, caste has become another inflammable element in India’s already incendiary political climate.

Over 300 known languages are spoken in India, 24 of them by at least one million people.

English is accorded associate status but is the most important language for national, political, and commercial communication. While it is the primary language of few Indians, over 350 million use it as a secondary language, which is why it is often used for official purposes.

Persons entering India must have a passport valid for six months beyond the date of intended departure and an appropriate visa. Check with your nearest consulate as to which visa is relevant to your circumstances. Visas must be obtained in the country of residence of the applicant.

Those staying for an extended length of time will also need to obtain a Registration Certificate and a Residence Permit by registering with the local Foreigner’s Registration Office within 14 days of arrival. Most large cities have these offices, but those living in smaller cities and towns may have to travel to obtain documents. Foreigners who overstay their permits may be subject to fines and prosecution. You should carry a copy of your passport at all times.

Exit requirements Upon departure from India, registered residents must have an exit permit and a re-entry permit if applicable. If you and/or your spouse have spent 120 days or more in India, a tax clearance certificate issued by the Foreign Section of India’s Income-Tax Office is required.

Disembarkation and embarkation cards Both upon arrival to and departure from India, all travellers are required to fill out Arrival cards (disembarkation) and departure (embarkation). These cards require you to give information about your stay, including passport and visa details, flight details, the address where you will be staying, and the purpose of your visit.

All foreigners (except those from Nepal and Bhutan) require a visa to enter India. A few citizens are eligible to obtain a visa on arrival (http://www.immigrationindia.nic.in/visa_on_arrival2.htm).

Depending on the purpose of your visit, there are multiple visa categories. Visas are issued by the Indian Embassy or Consulate in your home country. A change of a visa category is not permitted once you have arrived in India.

Business visa A business visa is valid for six months, or one or more years with multiple entries, with each visit limited to six months. Requirements for a business visa include a letter from the sponsoring company or organization indicating the nature of the applicant’s business, probable length of stay, places and firms the visit will encompass, and guarantee of financial support while in India. A business visa valid for ten years, with multiple entries, is available to foreign business people who have set up or intend to set up joint ventures in India.

Employment visa An employment visa is initially issued for a one-year stay; the time can be extended by the Foreigners’ Regional Registration Office (FFRO) in India if the job contract continues. Spouses and children will be issued an X-visa with the same expiration date as the employment visa.

India’s Ministry of Home Affairs provides a helpful description of the detailed differences between a business visa and an employment visa (http://mha.nic.in/pdfs/work_visa_faq.pdf).

Entry visa (X-visa) Family members of foreign nationals taking up in employment in India are issued a version of an entry visa, called an X-visa. The X-visa is valid for six months to five years stay, with multiple entries for legitimate purposes only.

A spouse or family member is required to return to the country of origin to obtain an employment visa, to change his or her visa category, if he or she wishes and take up employment in India.

Residence visa Those who plan a long stay and want to establish residence in India for business purposes should begin application proceedings through their sponsoring company at least three months in advance. Contact the nearest Indian consulate office for application forms and requirements.

Consult your local Indian Embassy or Consulate for or the Bureau of Immigration (http://www.immigrationindia.nic.in/index.htm) for up-to-date details.

Registration certificate All foreigners staying in India for longer than six months must register with the nearest Foreigners’ Regional Registration Office (FRRO) within 14 days of arrival. Children below the age of 16 are exempt from this requirement. Required documents include three copies of the registration form, four passport-size photos, copy of the passport with visa stamp, and a copy of employment contract. When you register, you will receive a Registration Certificate.

Cancellation of work visa and/or residence permit is not required.

Consult your employer or the Indian Embassy or Consulate in your home country for up-to-date registration requirements.

This article is an extract from a much more detailed guide to Living and Working in India. You can access the full guide and download it free of charge in the Destinations section of www.worldofexpats.com. 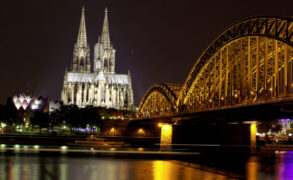 Do you want to find a job in Germany? We will cover everything from the job hunting process, what employers...
Read More...

How To Make Traveling Easier While Working A Remote Job 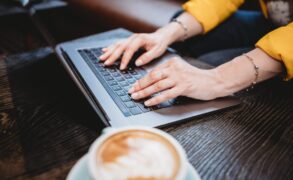 Many people love to travel, but it’s not always feasible. While you may not be in a position to blow your...
Read More... 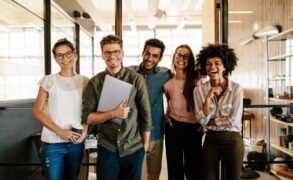 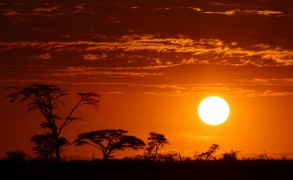 There’s something about Africa that keeps luring people back. Perhaps it’s the feeling of a vast untamed continent where anything is possible....
Read More...