Buying UK property as a British expat used to be tricky – yet, thanks to mortgage products specifically created for this purpose, and new applications that calculate how much you can borrow, and that even give you an agreement in principle online, securing an investment property in the UK is easier than ever before.

Since launching expat mortgages for British expats in 2014, Skipton International has helped British expats from every continent with securing a UK investment property, completing over £165 million of loans on more than 800 mortgages.

More and more expats are recognising the value of UK buy-to-let as a long-term investment. 2017 has got off to a very busy start, with record numbers enquiring for mortgages.

Nigel Pascoe, Director of Lending, Skipton International, said: “February was a record month for us, with a 47% increase in enquiries on January 2017, which was also a record month. Activity levels have varied in different countries, with particularly large rises in the Gulf Region, with a 70% increase in enquiries from British expats based in the United Arab Emirates.

“In January we experienced a 26% increase in enquires from Singapore, and an incredible 250% rise from Hong Kong in comparison to January 2016.”

The figures follow on from a hike in applications for UK buy-to-let mortgages from British expats last summer following the Brexit vote, and the subsequent devaluation of the pound.

Nigel said: “UK buy-to-let remains a very popular long-term investment for British expats. We saw a large increase in applications following the devaluation of sterling last autumn, with expats viewing it as an opportunity to use foreign savings to buy UK property. Investors can benefit from long-term capital gains, while servicing their mortgage from rents paid in the local currency.”

Earlier this year Skipton launched an upgraded Expat Mortgage Calculator giving customers an instant guide to loan options based on current requirements. The calculator uses information such as property value and rental income to show customers the maximum amount they would be able to borrow, along with estimated monthly repayment costs, based on Skipton’s mortgage offerings for the requested term. It can also give a mortgage approval in principle.

Skipton International won Best Offshore Account Provider 2016 at the Moneyfacts Awards; the third time Skipton has won a Moneyfacts Award, and the Guernsey-licensed bank has been commended, highly commended, or has won an award for the past eight years. 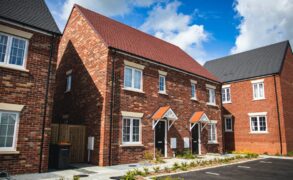 Interest rates on five year fixed rate expat buy to let mortgages have now dropped to below 5%, according to brokers Offshoreonline.org.  This follows a period when rates peaked at over 6%, following the UK Government’s mini budget, which triggered a round of interest... 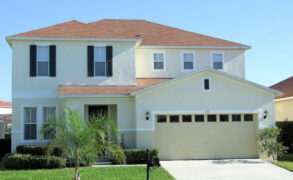 How Do I Land A Job In The Middle East? 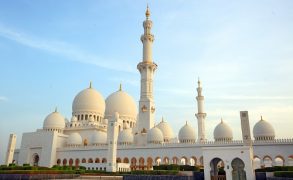 I am looking for a job in the Middle East, ideally the UAE, and wondered if you might have some tips about...
Read More...

Do Holidays Count Towards Residence?

Someone who looks after my affairs has told me that days on holiday overseas are not classed as working, so these days...
Read More...

Property Or Pension For Retirement Savings?

My wife and I have been expats since 2000 and are likely to return to the UK this year. We have invested...
Read More...