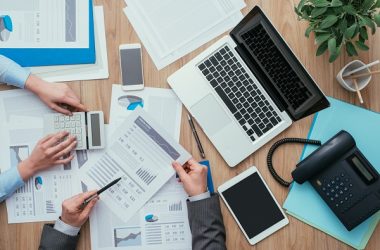 There are many financial issues that face those who are looking to move to Portugal.

Many of these issues can be dealt with easily, provided you take advice from an expert in both Portuguese tax and tax law in your home country. Something that can save you tax in at home can have the opposite effect in Portugal – and vice versa.

You are considered to be a tax resident in Portugal if you spend more than 183 days a year in the country. The UK’s own Statutory Residence Test, which was introduced in 2013, helps clarify an individual’s UK residence, based on the number of days you spend there and your ties to the UK, such as family, accommodation or employment.

The UK-Portugal tax treaty means that the same income or gain will not be taxed twice, but if you do not know the rules, you can end up paying more tax than you need to.

You must also bear in mind that while you can still hold an ISA fund if you live abroad, you cannot contribute to it once you are no longer a UK resident.

It is important to speak to an expert before you change tax residence as there may be steps you can take ahead of your move to save you paying tax that could have been avoided.

For residents of Portugal, there are tax-efficient investment vehicles that can reduce taxable income – and hence income tax. They can also have a beneficial impact on Portuguese taxes on death, particularly if you are not married or are leaving assets to someone unrelated to you.

Portugal As A Tax Haven

This system was designed to encourage people to come and live and work (and therefore spend money) in Portugal.  It has proved hugely successful in attracting new residents, and has in particular supported the Portuguese house building industry in the Algarve.

One of the main benefits is any non-Portuguese pension income or lump sums received in the first ten years are not taxable in Portugal. The UK’s new pension freedoms mean you could receive all of your pension fund in that period by way of lump sums, and the UK would not tax these under the UK-Portugal tax treaty, unless you returned to the UK within ten years.

Portuguese tax residents not benefitting from NHR are subject to tax on their worldwide income, including bank interest from anywhere in the world. Interest income is taxed at a flat rate of 28% in Portugal or it can be added to your other income and taxed at scale rates. But if the bank account is held in a jurisdiction on Portugal’s black list of tax havens – which includes Gibraltar, the Isle of Man and Channel Islands – interest is taxed at 35%.

Bear in mind, too, that under the Common Reporting Standard, which began in January 2016, nearly 100 jurisdictions around the world will now exchange information for tax matters. That means the Portuguese authorities will receive information each year on all your bank accounts, investments and other financial assets held outside Portugal.

Black money formed an element of many property transactions in Portugal until relatively recently. The full amount was not declared on the deeds and the difference was handed over in cash. The practice has been largely stamped out now and you risk an investigation from the tax authorities if they suspect any black money exchanged hands.

For Portuguese nationals, the rules of ‘forced heirship’ apply, which means that children and the surviving spouse automatically inherit a certain proportion of the deceased’s assets.

Since Portugal implemented the new Brussels IV EU regulation in August 2015, non-Portuguese nationals have a choice. Portuguese succession law will automatically apply if your country of ‘habitual residence’ is Portugal, unless you have stated in your Portuguese will your wish to apply the law of your nationality, i.e. the UK. As a result, forced heirship would not apply, and you would be free to set out in your will who you would want to benefit from your estate.

It was commonplace over the past 20 years to see an expat use an offshore company to acquire their Portuguese holiday home, but recent Portuguese tax legislation has in most instances made this structure less attractive, compared to owning the property directly, particularly if you are a non-resident of Portugal. You should take advice on any ownership structure based on your circumstances, prior tobefore buying your property.

You should draw up a Portuguese will for your Portuguese assets, but be careful – it can inadvertently revoke your UK will, leaving your UK assets intestate. It is important you choose lawyers who understand the legal interaction between the UK and Portugal.

Who Pays The Tax When You Die?

Inheritance tax – which, rather confusingly, is called Stamp Duty in Portugal – is a tax on lifetime gifts and assets passing on death and it applies only to assets located in Portugal. Spouses and children are exempt and the rate for everyone else is just 10% (far lower than the UK maximum of 40%).

The person who receives an asset from estate – whether as a lifetime gift or as a bequest – is liable to pay the tax (unlike in the UK where the estate pays the tax, unless specified otherwise in the will).

Finally, even though you may have lived in Portugal for many years you are likely to have remained UK domiciled, so on death, your worldwide estate remains subject to UK inheritance tax. Therefore, certain assets may be subject to estate taxes in both the UK and Portugal. The UK will give unilateral relief against these assets so there is no double taxation.

If you are not married to your partner when you die, Portuguese Stamp Duty is 10% on Portuguese assets inherited or gifted between you. This will also affect assets passing between step-parents and step-children.

However, after two years of living together, a couple (whether opposite or same sex) can be treated as a married couple for tax purposes. This allows you to ‘pool’ income and utilise both partners’ lower rate tax bands.

It is common in the UK to use trusts as part of your estate planning. Previously, Portugal had a favourable tax regime for trusts, when it was possible to enjoy distributions from them free of tax while living in Portugal.

This all changed in January 2015, when distributions from trusts became taxable, at a rate of 28% on Portuguese resident beneficiaries, or 35% if the trust was resident in a ‘blacklisted’ jurisdiction, like Jersey, Guernsey or the Isle of Man.

While 2017 saw the introduction of a so-called ‘wealth tax’ on property, there are no major changes this year. The Portuguese parliament approved the state budget for 2018 in early in December, and it was officially announced by the President on 22nd December. Changes came into effect on 1 January 2018.

We finally see the end of the two extra taxes that were introduced under austerity measures. The surtax was phased out last year and the solidarity tax will be removed in 2018.

Investment income. As previously, interest and investment income is taxed at a flat rate of 28%. If you are resident in Portugal you can choose to be taxed at the scale rates above instead, if this is more beneficial.

Note that if the bank account or investment is in a jurisdiction on Portugal’s list of ‘tax havens’, income is taxed at a higher rate of 35%. Gibraltar remains on this blacklist. The Isle of Man, Jersey and Uruguay were removed in 2017, but have been reinstated as the procedure that removed them did not follow the correct legal procedure.

Following comments from the Portuguese Finance Minister in September 2017, it was widely speculated that the tax benefits could be watered-down for expats settling in Portugal. In particular, many expected a 5-10% tax would start to be applied to foreign pension income.

There was no mention of this ofr other NHR reforms in the 2018 budget, so expats with non-habitual residency can continue to receive most UK pension income or lump sums without attracting tax for their first ten years in Portugal. Rental income, certain capital gains, interest and dividends can also be exempt, with any UK tax deducted reclaimable. The key exceptions are UK government service pensions and UK rental income, which always remain taxable in the UK.

Wealth tax. Introduced in 2017, the Adicional Imposto Municipal Sobre Imóveis (AIMI) affects those with higher valued Portuguese property. Regardless of residency, rates are 0.4% for properties held by companies, 0.7% for individuals and 1% for those owning property valued over €1 million.

Relief comes via a €600,000 allowance per person, deducted from the value of all Portuguese properties. So if you and your partner jointly own one Portuguese home, the property will only attract AIMI if it is worth over €1.2 million, and then only on the value above this. Alternatively, someone owning three properties worth €500,000 would be liable for tax on €900,000 – the combined value minus the allowance.

The €600,000 allowance is available for individuals and estates, except for those whose tax affairs are not in order. Some companies are not eligible.

There are no changes to this tax in 2018, other than the ability to be taxed on a joint basis.

Capital gains tax. With effect from 1 January 2018, non-residents who own shares in a non-trading company that owns Portuguese real estate will be subject to capital gains tax when they dispose of the shares.

Trusts. There are no changes this year to the tax treatment of trusts in Portugal. Since January 2015, Portugal taxes distributions from fiduciary structures such as trusts and foundations made to individuals resident in Portugal.

There can still be good value in a trust – they remain very effective for estate planning purposes. However, if and how you should use a trust, and how you combine it with investment arrangements for an income and gains perspective, depends on your specific circumstances and objectives.

Your estate planning, tax planning and investment planning should be considered together. You should have a tax-informed investment strategy, based on a thorough understanding of the tax landscape. Look to protect your wealth for the long-term, for yourself and your family. There are many opportunities available to residents of Portugal to help you do just that, if you take specialist and personalised advice.

Please refer to www.retiringtoeurope.com for important updates on the Brexit process. 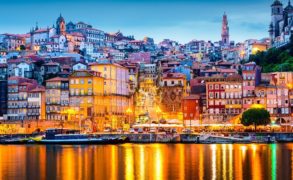 As the Brexit debate in the UK continues to rage, with little clarity as to the practical implications of the country’s departure...
Read More... 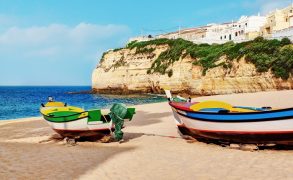 Most travellers will choose to fly direct to one of the country’s three major international airports: Lisbon, Porto and Faro. When planning...
Read More... 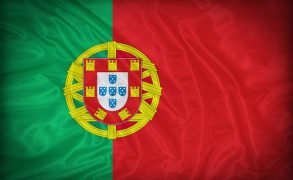 The Portuguese language is the sixth-most widely spoken in the world, with some 230 million people using it as their native tongue...
Read More...

The Climate In Portugal 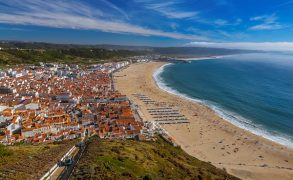 Given the close proximity of northern Africa to the Portuguese mainland, approximately 200km across the eastern Atlantic, it is not surprising that...
Read More...