France has a reputation as a high tax jurisdiction and while President Hollande was in power, some wealthy French nationals chose to move to the UK and Portugal, enticed by their fiscal sweeteners.  But France can be a tax efficient place to live for retirees, providing you understand the tax implications of your specific situation and obtain specialist expatriate tax advice.

Many of France’s taxes sound the same as ones you may be familiar with in the UK, but they are calculated completely differently.  There are some that do not exist in the UK, such as wealth tax, and, for some, healthcare charges.

Are your investments tax efficient for you?

Income derived from ISAs, PEPs and Premium Bond wins are free of tax for UK residents – but only when you are resident in the UK. If you move to France, all such investments are subject to French tax, so it is important that you take all this into account with your advisor when planning your move.

All investment income – including capital gains when you sell shares and securities – face a big tax burden if you do not structure how you hold them in the most efficient way.

Exit tax. France recently introduced an exit tax on the value of certain assets like stocks and shares. The same French compliant structures used to reduce income tax, capital gains tax, wealth tax and succession taxes will also reduce your exposure to any exit taxes if at some point in the future you decided to leave France.

Succession tax. French succession tax works differently to UK inheritance tax and French succession law dictates how your French estate is divided among your heirs.  If you are a resident non-married couple it is possible to enter into a French civil partnership (or PACS), which will reduce your French inheritance taxes. From April 2009, a new, retrospective law was introduced to recognise civil partnership entered into in a country other than France.

Since 2015, new EU Succession Regulation means British nationals who live in France can choose to apply UK succession law to their assets in France, rather than the French forced heirship rules if they elect for this in their French will – but French succession tax will still be payable by each respective heir on what they receive. It is also the case that in these particular circumstances, the UK’s exit from the EU will not change the application of these rules.

The level of French succession tax payable is determined by the size of the estate, the amounts bequeathed to each beneficiary, and the relationship of the beneficiary to the deceased – the more distant the relationship,  the quicker the acceleration of tax rates, with often a higher maximum percentage – anything up to 60%.

France and the UK have a double taxation agreement for inheritance tax (one of only 19 the UK has), so if you retire to France, any non-UK property, bank accounts or assets avoid UK inheritance tax at 40% (though UK IHT will be payable on UK situs assets). This treaty lays down a basis of rules in dealing with cross-border estates.

Wills. Wills are a complicated area. A UK will may be effective in France, but it can be a costly process to get it translated and notarised before going through the French probate process. Equally, though, a French will may inadvertently revoke an existing UK will, or be at odds with it, giving a huge headache to your executors.

Take the right advice in advance and your UK and French wills will be complementary. This will aid your executors in quickly passing your assets onto heirs and paying any estate taxes due in each jurisdiction.

Wealth tax. You will pay wealth tax (ISF) at rate of 0.5% rising to 1.5%, as an annual tax on your assets. If you have taxable assets, like property and shares, worth in excess of €1.3m, you will liable to ISF, but the liability will then be calculated on your assets worth over €800,000.

For the first five years of French tax residence, you will be taxed only on the value of your French assets. From year six, your worldwide assets will be liable. “If you don’t import your assets to France and those assets are worth less than €1.3m, you are exempt for the first five years – and that may soon become eight years,” says Rob Kay from Blevins Franks on the Cote d’Azur. “If you are moving from the Middle or Far East to France, to avoid UK CGT on those assets you can sell them and transfer the proceeds into a non-French structure, such as a Luxembourg investment vehicle, used commonly in France.”

Being unprepared for wealth tax can prove to be a costly mistake – and the time to start tackling the issue is before you arrive in France.

Occupant tax. Once resident in France, you will need to pay occupant tax (taxe d’habitation) on the property you live in, whether you own it or rent it. The rate is set by local governments, applied to the official land registry rental value, and paid yearly.

Property tax. Property owners pay an annual property tax (taxe foncière). This, too, varies from commune to commune and is based on official land registry rental values.

Selling a property. If you are a French tax resident and sell a UK property, you will be subject to French capital gains tax at 19%, plus 15.5% social charges, though the tax payable will be discounted for the length of time it has been held. You could also be liable for UK capital gains tax. The UK-France tax treaty should mean double taxation is avoided, with a credit for the tax paid in the UK (up to 28%) against the French tax liability – though with no set-off against the social charges.

There are exemptions for the main home in both the UK and France, but these rules are complicated and differ in each jurisdiction, so you may get relief in one but not the other.

Social charges. French income tax and capital gains tax are not the only regular annual taxes faced by those with earnings, pensions and investment income. France has another layer of taxes, known as the ‘social charge’, which is actually made up of five different taxes. They now raise more than income tax, and are payable at a rate of 15.5% on all forms of investment income, including interest, gross dividends, rental income and capital gains, and at a rate of 7.4% on pension income.

EU residents. Social security contributions made towards a state pension in any EU country count towards a state pension in any other EU country. A UK state pension can be paid to you by the UK authorities and paid into a French or UK bank account. Unlike in some countries, and while the UK remains part of the EU, the amount you receive is index-linked and increases in line with inflation rates in the UK.  UK citizens can also benefit from ROPS (Recognised Overseas Pensions Scheme), to which you can transfer UK pension funds and mitigate having to pay UK death taxes on the fund.

The new UK pensions freedoms mean you can encash the whole of a UK private or company scheme in one, single payment. If you decide to take this route, France would have the taxing rights under the UK-France double tax treaty.  Therefore, no tax should be payable in the UK, and in France you would only be subject to 7.5% income tax (plus 7.4% social charges which are waived in the majority of UK national cases). So, it might suit you to take this payment once you have become tax resident in France.

Renting property in New Zealand is a very good option for those who are only staying for a limited period.  It is...
Read More...

Becoming An Expat: What To Do With Your House Before Moving Abroad 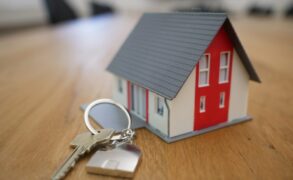 Becoming an expat can be overwhelming at first – you need to get your visa, plan a budget, take out from...
Read More...

Want To Move Abroad? Tips On Figuring Out Where To Go 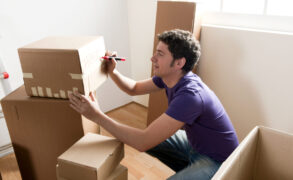 Finding a place you want to live long-term is a big decision. While many people are happy to stay in their...
Read More...

How To Make A Smooth Transition From Tourist To Expat 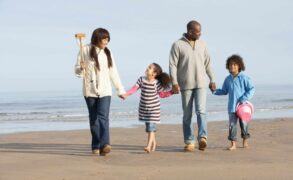 Are you considering making the move to expat life? Making the transition from tourist to expat can be a daunting task,...
Read More...