Parenting Styles From Around The World 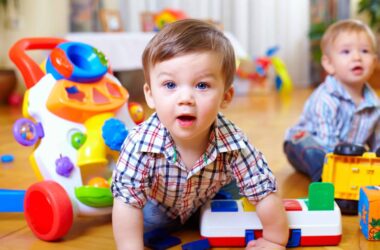 Parenting styles often come under scrutiny in modern cultures. There are many different resources and methods for every element of parenting, from toilet training to schooling, making it difficult to know the best way to bring up your little one. Plus, with plenty of well-meaning (and some more critical) people waiting to give their opinion on your choices, finding the right parenting style to suit both you and your children can be a minefield.

The reality, of course, is that every child is different, and so is every parent-child relationship, which is why there are so many differing parenting techniques. Different cultures around the world also have their own traditional methods of parenting, so your parenting style could be more heavily influenced depending on what is considered ‘the norm’ where you live.

The Kisii (or Gusii) tribe in Kenya tend to carry their babies around in cloth slings, either on their chest or back. Not only does this make carrying their little one around easier, but it enables them to stay close to their child whilst travelling, and in some African countries, the wrap around the baby is thought to ward off negative energy.

While it’s not uncommon to carry a Western baby in this way, Kisii parents have one very different method of parenting: they don’t look their baby in the eye or engage in baby-talk. That’s because they believe a mother can still take good care of their child without playing with and talking to them, and when the baby is old enough, they’re cared for more often by their older siblings as their mother returns to manual day to day tasks.

Babies truly are a blessing, especially for parents on the Indonesian island of Bali, where they are thought to be too holy to even touch the ground for their first three months. As many of the locals practice Hinduism, they believe that babies are reincarnations of their own ancestors.

On the baby’s 105th day, parents in Bali hold an elaborate ceremony, known as telu bulanan. At the end of the ceremony, the baby is able to touch the ground for the very first time.

South Korea: eating as a family

One of the most recognisable parts of a culture is its cuisine. But, in South Korea, it’s not only what the locals eat that defines their culture, but also when they eat it. Parents around the world regularly prepare separate meals for themselves and their children, but in South Korea children are taught that food is a shared experience.

Traditionally, South Korean parents would often cook one meal for the whole family to eat together at a set time. It’s less of an everyday occurrence today, but children are still taught the value of patience, as well as of respecting the elderly. Even in modern South Korean culture, it’s very much the tradition to not begin eating until the eldest at the table has begun.

The Nordic concept of getting outdoors – known as Friluftsliv – sees Scandinavian children brought up in the open air. In countries like the UK, any parent that left their child outside to nap in a pushchair in freezing cold temperatures would likely be frowned upon – if not reported to the authorities – but that’s not an issue for parents in Sweden, Norway and Denmark.

Some parents in these regions say that occasionally napping in the fresh air can lead to a longer, deeper sleep, as well as reducing exposure to germs that tend to thrive indoors. Some Scandinavian parents even let their babies nap in buggies outside a café or restaurant while they grab a bite to eat.

In many countries, children start some form of preschool as a toddler, and move on to their next stage of schooling between the ages of four and six. But things are very different in Finland, where children start academic learning aged seven, and the broad curriculum focuses on teaching, rather than testing, all because the Finnish want their children to be children for as long as possible.

In Finland, though children will receive grades and take part in tests to check how their knowledge is developing, they don’t sit national exams or undergo inspections. Plus, there are no selective schools and very few private schools throughout the country. And, if that wasn’t enough to make your children jealous, Finnish children get to enjoy a 15-minute play-break for every 45 minutes of learning at school.

These five global parenting traditions are part of what makes our planet so wonderfully diverse. We have a lot to learn from each other and can take aspects of all methods to create a unique style of parenting, tailored to our own circumstances or beliefs. But it’s worth noting that many of these traditions rely heavily on the culture and customs of a country to thrive. Letting very young children take public transport alone and nap in a pushchair on the street in the UK or America, for example, probably isn’t advisable!

Anyone who is preparing to raise children in a new country though, should definitely be aware of the cultural norms. And who knows, you might even be able to take inspiration from local traditions and blend them with your own, to create a fusion of excellence in parenting! 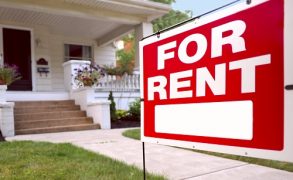 When deciding whether to rent or buy property when you move to a new country, your choice will depend on a number...
Read More...

5 Ways To Support Your Children While Working Abroad 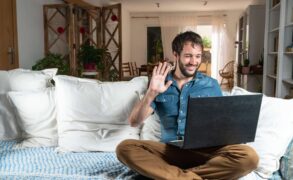 Flying overseas for a job while your family stays back is one of the most challenging decisions you’ll have to make,...
Read More...

Parenting Through The Change Curve Of A Big Move 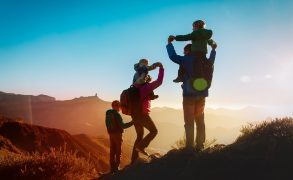 Preparing young children for a move abroad can be a challenge.   Clare Rowe moved to Kuala Lumpur in Malaysia with her two...
Read More... 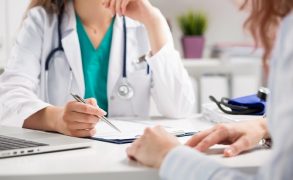 Healthcare in America has a reputation for being amongst the most advanced in the world, but coverage is not universal.  For those...
Read More...