Home » Home From Home? Which Nationalities Have Property On The Costa Del Sol?
Share:

Home From Home? Which Nationalities Have Property On The Costa Del Sol? 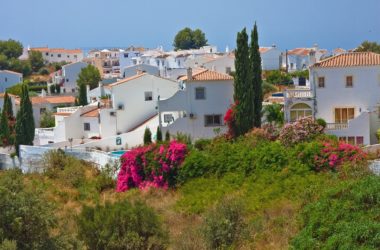 The Costa del Sol is an incredibly popular tourist destination and it’s not really hard to see why. With a vast array of stunning beaches, an abundance of gorgeous scenery and a plethora of historical landmarks, the region has become an increasingly popular place for foreigners to purchase holiday homes, jumping on the ‘residential tourism’ bandwagon.

As a result of this, the various towns and cities that make up the Costa del Sol now comprise a range of different nationalities, making for a truly diverse culture. So, which nationalities do you most commonly find in the region? And what – if any – impact has Brexit had on property purchasing decisions?

Back in 2017, Spain’s College of Property Registrars found that a huge 33.92% of properties sold in the Malaga province were purchased by foreigners (i.e. countries other than Spain). Of this number, the lion’s share of foreign buyers was British, following the same trend that has been the case for several years. However, since the result of 2016’s infamous Brexit referendum, that number of UK national buyers has actually declined slightly, but not as much as you might think; it fell from 21.34% in 2015 to 15.54% in 2018.

Despite this decline, the UK is still by far and away the front runner for buying property in Southern Spain, with the weakened demand being met by a whole host of other European countries, including Sweden, Belgium, Germany and France. According to the Estadística Registral Inmobiliaria’s Annual Report, foreign buyers accounted for 13.12% of the total purchasers in Andalusia specifically, which comprises the towns and cities of the Costa del Sol within it; the UK, Sweden and Belgium being the three highest ranking countries. Meanwhile in the province of Málaga – one of the region’s largest cities – foreigners represented 28.98% of all residential buyers last year. The Russian market has also seen a bit of a revival in recent years, and houses in Marbella are growing in popularity with Middle Eastern tourists.

These findings correlate with the Land Registry’s finding that the entirety of Spain ended last year with its highest percentage of residential sales to foreigners in over ten years. As the chart below portrays, there has been a steady increase in the number of total purchases by foreigners since 2007. Therefore, since Andalusia is seen as such a ‘residential tourism’ hotspot, its safe to assume that this trend will also have been seen in Southern Spain, with foreign property purchases likely to have seen a sharp upturn over the past year.

Back to your roots

However, it’s not just the number of foreigners that has been increasing – there has similarly been an increase in the number of actual Spanish nationals buying property on the Costa del Sol as well. This is hypothesised to be a direct result of the country’s upturn in economic fortunes, following the country’s well-documented financial crisis back in 2008. In fact, earlier this year the country’s population grew for the first time since 2012, currently standing at a total of 47.1 million.

To this end, many reports are showing that several ‘returnees’ are now heading back to Spain for work, as a result of the improving job market. Thousands of young Spaniards who had to make a home, career and family for themselves in other European countries are now going back to their routes, eager to contribute to Spain’s ongoing economic recovery. Just last year, more than 50,000 Spaniards were estimated to have returned home for work, contributing to the country’s highest employment rates for over seven years. Spanish banks are starting to be able to offer mortgages again as well, which has been another reason behind the resurgence.

In the Costa del Sol specifically, the towns and cities of the Andalusian coastline comprise a registered population of over 500,000 people. However, that doesn’t take account for the thousands of tourists and holidaymakers who, while aren’t technically Andalusian residents, do spend many months of the year there. Of this 500,000-strong population though, 70% are Spanish nationals, whereas the other 30% are foreigners. To put this in context, the entire UK’s foreign population was approximately 14% back in 2017.

As a result of its reputation for sunny weather throughout 300 days of the year, the Costa del Sol has become an increasingly popular destination for tourists across the globe to both visit and buy property in. While a large proportion of its inhabitants remain Spanish, and more and more Spaniards are returning to the country, the Costa del Sol’s numbers of British expats have continued to grow year on year despite the looming threat of Brexit. Similarly, there has also been a rise in the numbers of foreign buyers from Belgium, Sweden and Germany, with its 12.5 million visiting tourists largely coming from England, France, Germany, Scandinavia and Ireland.

In answer to the question ‘which nationalities have properties on the Costa del Sol?’, the answer is therefore mainly European, as you might expect. However, it is this mix of nationalities and cultures that makes the Costa del Sol so distinctive. Together, they give the Andalusian coastline the authentic atmosphere that it’s become so widely known for. 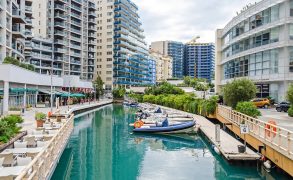 If you are moving to Spain from another Member State you can move goods freely within the EU, without import duties, commercial...
Read More...

Moving To Spain? Seven Questions Could Save You Money

If you are moving to Spain or have recently relocated, you have made an excellent choice. Aside from its obvious appeal, Spain...
Sponsored
Read More... 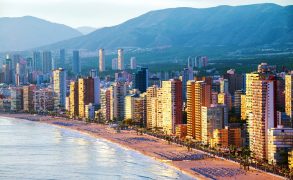 Many expats looking to settle in Spain to live, work or retire are attracted by the climate and lifestyle to the Costa...
Read More...

Getting To Know Malaga The City, Part 3 – Places Of Interest 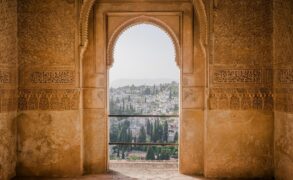 In Malaga there are many things to do… A place that blends history, nature, culture, art, sports and leisure with great dining...
Sponsored
Read More...