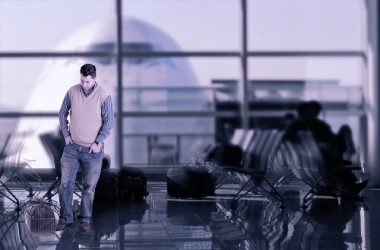 Research by Direct Line Travel Insurance reveals millions of Britons could be setting themselves up for rejection by attempting to enter foreign countries without properly disclosing their prior criminal convictions.

Criminal offences which could mean potential expats are refused entry are referred to as ‘moral turpitude’ by US border officials and usually include crimes that go against the accepted standard of a community, ranging from fraud, to theft and assault.

Britons considering travelling to the United States should be aware border officials may turn away anyone arrested, cautioned or convicted of a crime that involved ‘moral turpitude’ including; fraud, arson, blackmail, bigamy, forgery, receiving stolen property and embezzling. More than eight million British citizens have been arrested for offences that would fall into this category since 2011, according to the insurer’s analysis of crime statistics.

In 2015 alone, almost two million Brits committed an offence that would be categorised as involving ‘moral turpitude’, with ‘violent assault without injury’ registering the most offenders.

Britons should be aware that they can even be denied entry by border officials globally if they have committed an offence but were never convicted. In the United States, if a passenger has ever been arrested, cautioned or convicted they are required to declare it, even if it is considered spent and it is not included on their database record. Travellers could also be refused entry if they have ever been denied entry or been removed from the US previously and fail to provide the relevant documentation.

While restrictions to passengers with criminal convictions travelling from the UK to countries in the EU are relatively relaxed, for many countries which require a visa it is essential that any criminal history is reported on entry, as failure to do so can result in deportation.

Australia and New Zealand have strict entry regulations, with any traveller who has been sentenced to 12 months or more in prison likely to fail Australia’s ‘character requirement’ test and be denied entry. Destinations such as Cuba and Russia also require that tourists prove they have adequate travel insurance before allowing them to cross the border.

Many celebrities have been left red faced and scrambling for the appropriate paperwork when trying to enter foreign countries due to previous convictions, including drugs charges and assault.

Tom Bishop, head of travel insurance at Direct Line said: “With the world becoming ever smaller and people ready to explore, it is vital for travellers to check they are eligible to visit before booking their trip, and have all the correct paperwork before heading to the airport.

“Travellers can check the Foreign and Commonwealth Office website, so they know what is required and give themselves enough time to get the necessary paperwork to avoid being turned away at customs.”

The US is the top non-European destination for Britons and has some of the most stringent border controls. Any Briton travelling to the US from the UK must have a valid ESTA, which allows travel without a visa, before boarding their flight. However, those who have committed a ‘moral turpitude’ offence are required to apply for a visa. If travellers attempt to enter the US having lied on the ESTA about their criminal convictions or without the correct documentation, they could be committing a criminal offence under US law and denied entry.

As part of the visa application process for countries such as Australia, Belgium, Canada, Cayman Islands, New Zealand, South Africa or the United States, travellers with criminal convictions also need to provide a police certificate and may have to attend an interview at the embassy.

Canada recently changed its policy so that anyone seeking entry will require an Electronic Travel Authorisation (eTA) before boarding a flight to the country.

For further information on entry requirements to any country travellers should visit www.gov.uk/foreign-travel-advice.

5 Great Places To Work And Meet Up With Other Expats 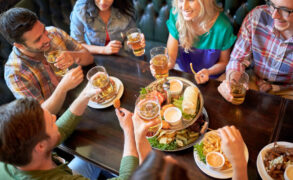 Working as an expat comes with some emotional difficulties, especially if you travel abroad alone. The thought of being far away from...
Read More...

Here’s a brief introduction to what you can expect if you are going to work in Canada A land of geographic differences...
Read More...

Canada Can: Projects in Canada

The European and American economic front may be looking a little shaky lately, but just as we reported a few months ago...
Read More...

How To Turn Your Passion Into A Career Abroad 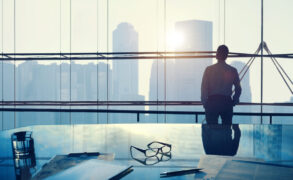 Struck by the pandemic, many of us had more than enough time to consider what we want to do in the...
Read More...