Clarification Of Changes Affecting Investors And Retirees In Portugal 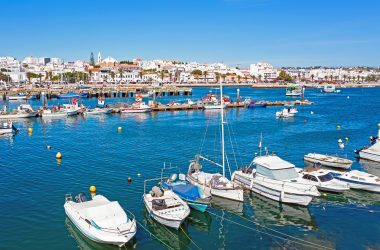 Portugal’s Golden Visa and Non-Habitual Residence Scheme have attracted many expats to Portugal, but the impact on property and rental prices has led the government to look at these schemes again.

Luis da Silva sets out expectations on potential changes to the schemes.

Please see notes at the bottom of this article *

Golden Visa investments represent more than €4 billion into the Portuguese economy. This influx of capital has a direct correlation to the massive inflation in house prices in areas such as Lisbon and Porto, where the majority of the GV investment has been concentrated.

The Golden Visa program in Portugal has been a success by any number of measures including total investment, diversification of investor base and origin, and the successful rehabilitation of abandoned urban areas. Dovetailing with the GV program, the Non-Habitual Residence program, much more focused on attracting permanent residents who contribute to the local economy, has reinforced the upward price movement.

As residence under the NHR does not require the purchase of a property, with a rental contract being sufficient, demand for long-term rentals, and subsequently prices, have also increased. Property owners, attracted by the allure of a constantly-improving tourism market and the arrival of wealthier, expatriate tenants, registered rental properties with tax authorities at a faster rate than even that anticipated by the government. Long-term rentals, which attract a higher tax and an up-front stamp duty, are scarce but much in demand by foreign applicants of the NHR program.

From a Portuguese government perspective, real estate represents, once again, a major source of growth for the Portuguese economy, with its knock-on effect on sectors such as tourism and construction, both labour-intensive. The country has achieved a rather unique result:

With the rapid growth in all of the above, the government’s tax base (pool of taxpayers from whom taxes could be generated) grew significantly in a short period of less than five years. More importantly, the basis of taxation involved assets which could not be easily disposed of (unlike stocks and shares, for example, which carry substantial exemptions on resale). With Portugal suffering for many years post-2008 from a desperate need to generate inward investment to balance its books, these programmes achieved two important goals: an immediate injection of foreign investment into the local economy; and the widening of the tax base such that the sources of tax grew while the predictability of future revenues improved.

Faced with an easy source of income, and one which cannot easily (when compared to other asset classes) be sold by its owners, the Portuguese government has for years used real estate as a way of generating additional tax revenue.

For those who monitor the market closely, changes to real estate related legislation have been predicted for some time.

Rumours about the possible revision to the zero-tax status of the NHR program started in 2018 and the pressure on the government, which did not have a working majority, strengthened in 2019. Despite the expectations that any changes would only be implemented in 2021, the government surprisingly introduced a proposal for a 10% tax, with a minimum of €7,500, in the second reading of the Finance Bill, with a view to implementing the change in 2020. Although not expected to apply retrospectively, it will affect any new NHR applications submitted from the start of the year.

That same pressure on the government, combined with years of complaints about overtourism, lack of access to housing for local residents, and the questionable value of the Golden Visa program beyond profits for real estate developers, has also led to the sudden proposal for the abolishment of the Golden Visa in the greater Lisbon and Porto areas. The proposal appears to have garnered cross-party support and will be subject to a vote by Parliament in February. The message being conveyed is that any legislative changes will not be retrospective but will apply to any applications from January 1, 2020.

Many people have asked us for our opinion.

The first and most important thing we recommend is to allow time for the process to take its course and to make decisions based on facts. These facts will not be fully known before Parliament has voted.

The second thing is that if you are considering a Golden Visa in Lisbon and Porto, put your application on hold. The threat of a potential change will always linger over these two large, residential markets. It is pure speculation as to what these decisions will have on property prices, given the diversification of the market in recent years, but it is true to say that the Golden Visa, primarily via the sale to Chinese buyers, had a significant inflationary effect on property prices in these locations.

Thirdly, those who are seeking a Golden Visa investment without particular affinity for Lisbon or Porto, immediately start to seek alternative options, by classifying themselves into one of two groups: those seeking the cheapest available real estate Golden Visa, might consider going north or inland; and those seeking an investment return should head south. Anyone who actually intends to spend more than the minimum required time in the country, should overlay their personal preference of the regions of Portugal, on one of the groupings above.

Finally, we encourage you to act quickly when you have the facts. What is hopefully evident is that, while Portugal and the Portuguese can be quite dynamic and inventive, the country does not offer fiscal stability.

The message here is change. Expect it, and do not be surprised when it happens. And more importantly, don’t be surprised when the change goes against you. If you are a pragmatist and understand that tax efficiency is the “icing on the cake” then Portugal continues to represent some wonderful opportunities, both in terms of investment and lifestyle.

* Disclaimer: a number of statements in this article refer to events which may happen in the future. The results may be exactly as, or completely different to, that which is predicted. One of the objectives of this information is to make people aware of the possible changes, some of the reasons why these changes may happen, and to encourage those interested to seek advice from duly qualified sources (of which this is not one).

Better Late Than Never For US Taxes

When moving abroad, there are many logistics to consider – one of which is your US tax obligation. Occasionally, though, US expats...
Read More... 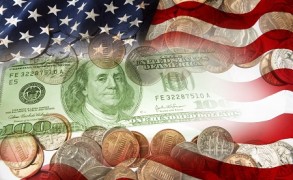 June is a very important time of year for US expats. Your expatriate tax return is officially due this month, along with...
Read More...

Why Do Insurance Premiums Always Seem To Rise Each Year? 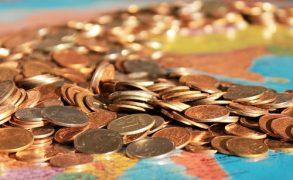 Expats that secure their own health insurance quickly learn that their premiums will rise year-on-year. Health policies aren’t like motor policies where,...
Sponsored
Read More... 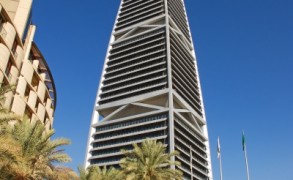 Saudi Arabia is considering setting up a ‘green card’ system, similar to that used in the US, as part of plans to...
Read More...