6 Reasons Why Expats Need a VPN

The process of moving abroad can be challenging to say the least, and there’s always plenty to think about and prepare. One aspect of living in a different country that many expats may not initially consider is their online security, and how they can gain unobstructed access to things like social media to keep connected with their friends and family.

From staying safe on unsecured Wi-Fi to bypassing geo-restrictions on social media and video streaming, here are 6 reasons why expats need a VPN:

There are many places like airports, cafes and hotels that offer free public Wi-Fi networks, and as tempting as that may be when you’re out and about and require access to the internet, be wary of logging on unprotected.

Connecting to public Wi-Fi can make you vulnerable to hackers and data thieves, who are able to access and steal your data by connecting to the same public Wi-Fi as you. Any information you send or receive using public Wi-Fi, including essential things like bank details and passwords, could be stolen because of the lack of encryption on the network. This is where a VPN comes in handy.

By using a VPN, also known as Virtual Private Network, you can turn any public Wi-Fi connection into one that is secure, through which your online activity isn’t trackable. If anyone, even your Internet Service Provider (ISP), attempts to look at the data being sent to and from your computer, they won’t be able to decipher it because of the layer of encryption added.

Ultimately, a VPN hides your connection in a tunnel of encryption so that it can’t be viewed and monitored by anyone. If anyone did try to view your activity, all they’d see are seemingly random letters and numbers called encryption keys, rather than decipherable data.

If you’re living in a country where you’re unable to stream your favourite programs or films online because the country you’re in has strict censorships in place, using a VPN will bypass these restrictions, allowing you to watch what you want freely. Likewise if your service provider, such as Netflix or Hulu, offers different content to different countries, you can use a VPN to view content from countries you’ve previously lived in even after you’ve moved. To enable you to do this, a VPN hides your location and gives you the ability to connect to the internet via servers in a range of other countries.

For instance, if you’re currently living in Thailand but you want to watch US Netflix, ordinarily you can’t because this service is for use by viewers in the US only. Using a VPN will bypass these restrictions by tricking the website into thinking that you’re located in the relevant country for the service.

Some countries, like China and the UAE also put restrictions in place for social media platforms such as Twitter and Facebook. Uganda have even implemented a social media tax, so that internet users have to pay more if they want to use these kinds of sites and apps.

In the same way you can access your favourite video streaming services, you can use a VPN to override geo-blocking, allowing you to keep in touch with your loved ones online. A VPN will disguise your IP address, and gives you the option to connect to the internet through a server in a different country where there are no censorships or restrictions in place.

Another popular way to keep in touch with family and friends is by using VoIP services like Skype and WhatsApp Audio. While these are great free resources to those luckily enough to have access to them, some countries block the use of foreign VoIP services from their region, and instead employ their own VoIP programs that charge fees. Some VoIP providers also charge higher prices to people in different regions.

To avoid paying out for regional services when you can access the free services your loved ones also use, use a VPN to connect to a server in a country where VoIP services are permitted or are unrestricted by price.

Another reason why expats may want to use a VPN when accessing VoIP services is because of the risk that third parties can access, record and store the data you’re sending and receiving online. By using a VPN, you can encrypt that data so if it falls into the wrong hands, no one can decipher its contents – keeping your conversations private.

Just as VPNs come in handy for securing public Wi-Fi while you’re moving from place to place, they can also make your online banking a much safer process. Even banking sites that use HTTPS to secure your connection can be hacked, and the process of downgrading someone’s HTTPS connection to HTTP – known as SSL stripping – is becoming increasingly common.

Whether you’re managing bank accounts in multiple countries or have moved all your money into your new home country, it’s important to be sure that any transactions you’re completing online can’t be hijacked by unwanted third parties. Using a VPN to add that additional layer of encryption to online banking ensures that no matter where you are in the world, your banking details can’t be read by cyber criminals trying to look in.

Whether you’re country-hopping for work reasons or for leisure, having a VPN can also get you cheaper flights. This is because many airlines and flight comparison websites offer flights at different prices to people purchasing them from different locations.

With a VPN, you can set your IP address to that of one from a lower income country, allowing you to see the prices offered to said country as if you were there, while masking your actual geographical location. And even though it appears as if you’re browsing in Malawi when you’re actually searching in the UK for example, you’ll still be able to book flights from your chosen departure point (in this instance, the UK). By doing this, you’ll be able to find cheaper tickets which can make a big difference to the overall cost of your trip, and really helps if you’re flying on a budget.

So whether you’re bypassing geo-restrictions to stream videos or trying to find cheaper flights, having a VPN in place can be very useful if you’re an expat.

This article has been written by Tabby Farrar of JustCantSettle.com in collaboration with HideMyAss.com. Views expressed are her own, and are not the views of Expat Network or HideMyAss. The rules and regulations vary from country to country and you should ensure that you check those that apply where you are living. 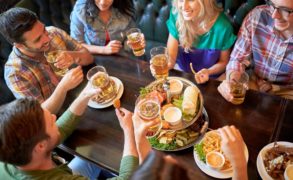 New research by Axa – Global Healthcare suggests that for many expats other factors, including the way in which they spend their...
Read More... 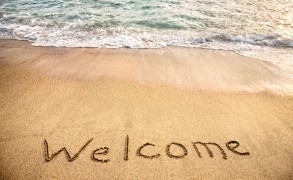 Those looking to improve life satisfaction should consider moving abroad it seems, with over half of expats saying they have no intention...
Read More...

Celebrating Father’s Day Around the World

Father’s Day is a special day for families and one which is celebrated all around the world. Tom Wilkinson, CEO of AXA...
Read More... 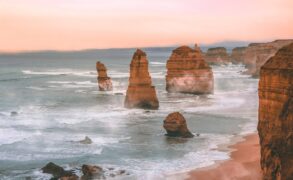 The travel restrictions in place in Australia were expected to remain in place until late 2021 but the potential vaccination breakthrough may...
Sponsored
Read More...